A Particular Way of Learning 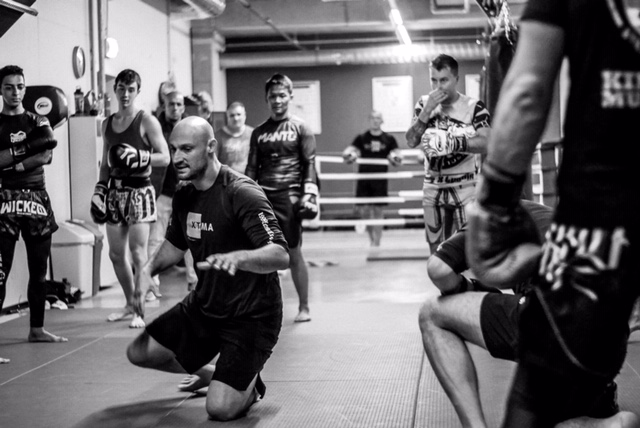 A Particular Way Of Learning

This month I would like to talk about the very particular teaching method I was so fortunate to be exposed to when I joined Guro Inosanto’s academy. When you learn a martial art you are not only learning techniques, but you also get exposed to various teaching methods. As I mentioned earlier, I was very fortunate to be trained in a very particular way, where our instructor pointed the direction where to look without ever telling us what to look at. Guro Inosanto always stresses and shares with the students that he is not really teaching us anything, but he is rather assisting self-discovery. So, perhaps one of the first skills I acquired is probably to learn how to learn. The idea here is that the instructor creates a problematic situation with an achievable degree of challenge according to the students’ level and lets them ‘simmer’ until they find their way back home by using problem solving. I should add here that this way of teaching is quite common among South East Asian cultures in general. In this context, knowledge is not simply imparted but rather provoked. The idea is to promote didacticism by using the so-called Socratic thought provoking method. In Filipino culture, for example, if a child asks his parents what is a spoon, more often than not his parents will tell that child to go ask his uncle or hunt. The answer is never given straight away. This is done in order to accustom the child to do his/her own research. In the same way, martial art students are encouraged to search on their own how techniques work. Techniques are shown but the instructor always leaves room for the students to fill in the blanks. Again the idea is to become a problem solver rather then just learning a ‘cookie cutter’ technique that you would later apply or use in the same way you would warm up a pre-cooked frozen dish. If you think about it, probably the last thing martial arts should be promoting is for people to get used to getting their problem solved, or the techniques being spoon-fed to them. Recently, someone posted The Lakota Code of Ethic on social media; I thought it to be quite interesting. One of their codes could be used here to exemplify the idea that one should walk his/her own path: “Search for yourself, by yourself. Do not allow others to make your path for you. It is your road, and yours alone. Others may walk it with you, but no one can walk it for you”.

Furthermore, I would like to add that in my experience it’s not quite uncommon for students to display a certain level of frustration when they are left to themselves to research how a technique might operate or work. It’s almost like people in general don’t like the feeling of being lost and tends to be afraid to make mistakes. Somehow we were led to believe that mistakes were or should not be part of the learning process. However, Martial art is all about facing our fears. Fear is there to protect us, to guide us; fear is an expression of our will to survive. It is our inner guardian that is there to make sure that we take the right steady steps while we walk on a tight rope several feet above the ground. However, fear should not prevent us to put ourselves out there. All knowledge comes from experience. It does not matter how well or eloquently I can describe a place, a city, or a dish, you will never know what that dish taste like until you actually eat it. Thus, I would dare to say that it is almost paramount for us to put ourselves out there in order to gain real life knowledge through experience versus superficial knowledge. Is not life meant to be lived after all? So, fear tells us that we should be careful, but courage makes us take our initial steps. I heard Guro Inosanto once say: “It is in the heart of danger that you will find safety”.

Now, circling back to our initial topic of learning. Learning is much more than acquiring a skill. When one learns a technique he does not just ‘download’ a technique per se, but on the contrary you bring your awareness to a new problematic situation and you bend your own body and mind in order to become in tune to the offered solutions. What we call success has nothing to do with a person imposing his will or desired move on someone else, but he/she rather reads a situation and reacts accordingly. For example, when a boxer Bobs and Weaves under a hook, he does not force the situation; he tunes into it and flows with it. The same goes for the car racer that hugs the curve, the dancer that flies in the air with his/her partner, or the surfer that rides the wave. We looked at them in awe and think they overcome everything they tackle, but the truth of the matter is that they did not fight but rather commune with their activity. At that moment, the virtuoso is one with his virtue. So, although martial arts are based on games of oppositions, the person who does better is actually the one who harmonizes best with the situation, not the one that is constantly antagonistic. This could be summarized as adaptability, and resilience. Thus, when we learn a subject matter we stretch ourselves and expand our circle of awareness, we create new bridges within new realms and we do well within these realms because we commune with them, we belong, we understand them.

So, as I said, fear is there to guard us, but as long as we operate from a place of fear we will never put ourselves out there, create bridges, expand our awareness through experience and thus be able to perform well and achieve success. In that case, fear will only individualize us; compartmentalize us into a single unit that is unable to relate to any situation, skill, or people. So, face your fears, use it to your advantage as a cautionary guardian, but don’t be afraid to learn anything you want to learn and live your life to the fullest.

You have Successfully Subscribed!

Stay up to date with our latests news.